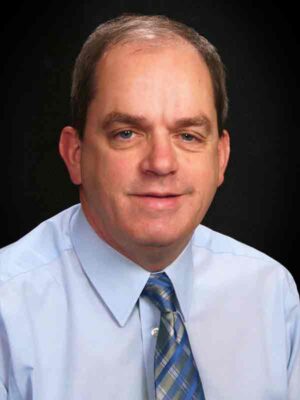 As a Christian and author, I have followed a passion of mine to write a historical biography about the “Billy” who came before Billy Graham. Billy Sunday is often called the Baseball Evangelist and he was passionate about sharing the gospel with everyone he encountered. He held extremely successful tent meetings during the early 1900’s winning thousands of men and women to Christ at each meeting.

Teaching our children about the heroes of the Christian faith like Billy Sunday as part of a history curriculum provides a role model of perseverance, passion and commitment to faith. I would like to share this book Billy Sunday, The Baseball Evangelist, with you to use as part of your library or as a possible use in your history curriculum along with other heroes of faith. The book is available for purchase in bulk or single copies for you to review.

I am also available to present the story of Billy Sunday to your students as a special speaker. Engaging the audience in the Christian heritage of America through this presentation, I can walk you through the life of Billy Sunday, one of history’s greatest evangelists in remarkable detail. American Christian heritage plays an integral role of where America stands today and provides the foundation of religious freedom especially in this day of turmoil over different faiths and beliefs.

You and your students will be blessed to learn more about America’s history of faith and redemption. Please contact me using the form below to join the mailing list or request an in-person presentation about Billy Sunday.

After graduating high school, Craig attended Kansas State University and graduated in 1985 with a Bachelor’s degree in History. Remembering back to that time, he very much appreciates the classes and help he received from professor’s like Fred Belk, Marsha Frey and Buddy Gray.

Between 1986-1991 Craig attended the University of Kansas receiving a Master’s Degree in Soviet and East European Studies. This was the era of historic meetings between Ronald Reagan and Mikhail Gorbachev. Curiosity of Eastern Europe and Communism landed Craig in West Berlin working for the State Department at the Trade and Investment Bureau. Traveling across the Berlin Wall to East Berlin and a few years later living in Bulgaria and Estonia drove home some hard truths about the dangers of socialism and that America is a unique hope for freedom in our world.

This hope also involves the freedom to worship and believe in God. Christianity has played an important role in the development of our country. He has taught classes on the Great Awakening, Signers of the Declaration of Independence, Separation of Church and State and about revival leaders of our past including Charles Whitfield, Charles Finney, D.L. Moody as well as Billy Sunday. He has also studied how the Christian/abolitionist movement developed and grew in the early to mid-1800’s before the Civil War.

He has been involved with the Pilot Outreach jail ministry for the last 23 years and has served churches in various ways depending on their needs. In 2007, he taught a series of classes called Mysteries of the Bible which showed how current archeological findings prove the authenticity of the scriptures.

Conservative in his political views, as was Billy Sunday, Craig was elected as Chairman of the Republican Party in the Seventh District in Minnesota in 2009. He continues to serve as Chair in his district today. Craig is available to speak to churches, schools, and civic groups regarding our Christian heritage and specifically about Billy Sunday.

Please use the contact form below to have him visit your group.