Billy Sunday was one of the fastest men in the major leagues and in the United States. He was the first player to circle the bases in less than 14 seconds. He raced one of the men in baseball of that time, Arlie Latham of the Saint Louis Browns, beating him by ten feet. Later that year he raced H. M. Johnston, the Champion of America, in a 100 yard exhibition match. Johnson beat him by less than a yard. 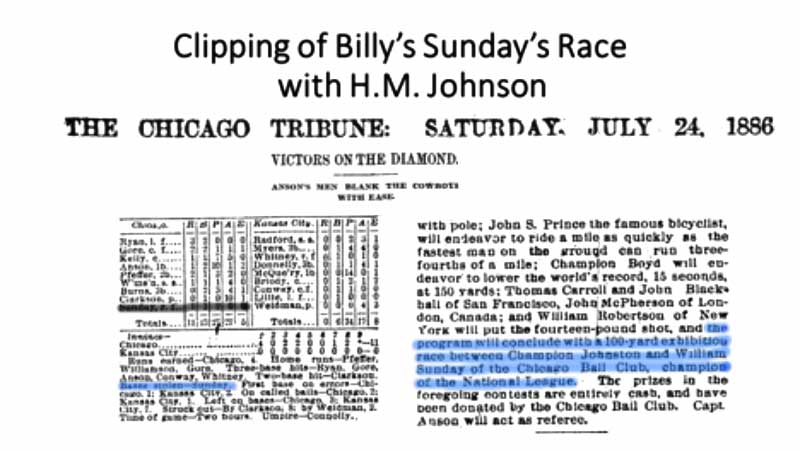 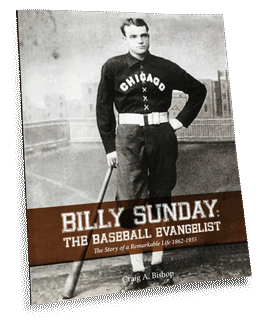